Digitalisation of the Hotel Industry – an International Perspective 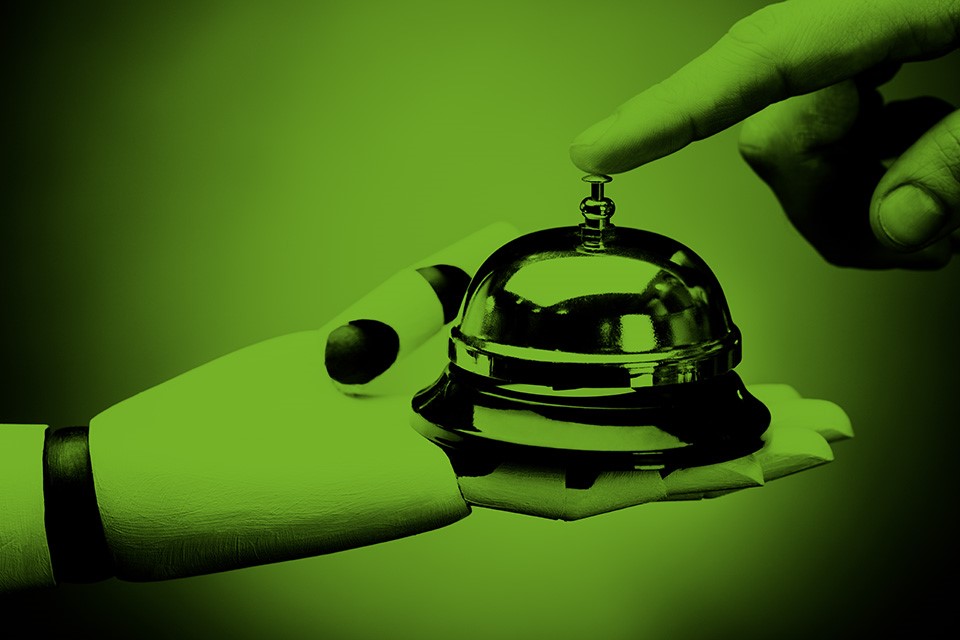 Industrial pioneers have been long since optimising their processes and production and individualising their business models, while some competitors are constantly falling behind. In the hotel industry, the situation is similar, but with one substantial difference: Whereas developments in the industry manifest themselves across all trades, they are mostly geographically oriented in the hotel business. The forerunners in terms of digital hotels can be found in the USA or China. Accordingly, today we will focus our attention overseas.

The digital transformation has been declared one of the central aspects of industrial policy by the Chinese Government. Thus, Chinese companies do not take half-measures – $150 billion in research funding for studies on Artificial Intelligence until 2030! In comparison, the federal cabinet in Germany raised 3 billion euros until 2025 at a conference in November 2018. This is reflected by the results – various patents have been registered and innovations dominate everyday life in China. For instance, autonomous delivery vehicles drive through public parks to sell drinks to visitors via mobile payment. The new Beijing Daxing International Airport (URL airport), as another example, uses facia recognition at check-in. And the hotel industry is already revolutionising its business with new hotelsl such as Alibaba Group’s FlyZoo in Hangzhou or the Shanghai Wonderland (a InterContinental and WeChat cooperation). Both opened in 2018 and offer the latest digitalisation features available in the hotel industry.

A concierge? Nowhere to be seen! Instead, an AI controlled robot assumes the role and performs additional tasks such as taking orders in the restaurant or accompanying guests. Room keys haven been disposed of. Facial recognition gives the guest access to their room, which then lacks any kind of button or switch. Brightness and room temperature are controlled with voice commands, only the in-house cleaning and kitchen are still taken care of by staff. This may leave some guests at a loss and might even provoke objection. For reasons of privacy, this approach would most likely not be appreciated by guests in Germany. But regardless of whether these examples are praised or not, they show vividly what opportunities there are for hotels to provide a new, more efficient service with modern technology. Especially since many of these ideas are not only feasible, but have already been accepted by customers and may even be expected to a certain extent in the near future.

Digital Professionals – Hotels in the USA

This can be confirmed by taking a look across the pond, towards the USA. Americans, too, have been digitally evolving and expanding their services for quite some time. In contrast to the Chinese suppliers, however, they are more oriented towards their guest’s everyday life and tend to proceed in a rather pragmatic manner. This might be due to them not rebuilding their houses “on the greenfield” but applying changes to the existing buildings on the fly, which is commonly also the case in Germany. As a result, they follow established paths that are quickly accepted by customers and that lead to a rapid return on investment. Most importantly, this includes the use of their own app, which gives them greater independence from booking portals and is a proven customer loyalty concept. It also allows for a smartphone to be used as a room key or for communicating with guests during their stay, for example for special offers. Another aspect of digital transformation is the use of chatbots, which simplifies the round-the-clock care of guests in regards to questions or room service. One of the best-known ones, most definitely because of her entertaining replies, is the chatbot “Rose” by the Cosmopolitan of Las Vegas. Influenced by this trend, more and more US and international hotel chains rely on using these technologies.

Although some, at times surprising, approaches have already been implemented in Europe to digitalise everyday life, we are still far from having comprehensive smart technology. For instance, whether on French farmers’ and Danish flea markets or in London’s public transport system with an Oyster Card, mobile payment is available everywhere, but a consistent strategy is still not discernible. Instead, it was yet another US company, Apple, that gave mobile payment in Germany a significant boost by introducing its Apple Pay service. What needs to be taken away from this discussion is that the European and German hotel industry must recognise the competitive advantages for itself, arising from digital transformation, and tackle both the digital basis and technical components bundling. Even though there were initial attempts at digitalisation in individual hotel projects before 2010, such as in London and on Ibiza, a stay in a digital hotel should now be recognized as part of an overall pleasant travel experience everywhere. You can read more about this in our following articles.

We use the service AddToAny for sharing.